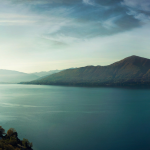 As I age, I often reflect how dealing with doctor’s office has evolved. In my twenties, I hoped I was pregnant. In my thirties, I prayed I wasn’t pregnant. And now, in my forties, I prepare myself for the lecture about my cholesterol.  So in the course of dealing with my aging earthly vessel, blood work was recently required.

Now, the morning of my 7:30 am lab work appointment is a perfect example of how my apathy (pronounced: “don’t-give-a-crap-o-meter”) is impacting my day to day existence. I arose at 3:30 am due to a personal power surge (aka hot flash).  As a consequence of ADD and attitude, I do not arrive at the lab 10 minutes late.  I spent YEARS getting myself and two kids out the door in an hour flat, now I shuffle around for nearly 4 hours, not even having breakfast (fasting required for my stupid blood work).

Being late normally freaks me out, but I am working on my anxiety (in other words, I am medicated), so I just tell myself it is fine. If I am late for my appointed time, and it takes longer, it is not a big deal. I had deliberately not scheduled any meetings or calls until later in the day, in the event this turned into an extended adventure as many medical-office-involved appointments often can.

So, I arrive at 7:40 am. The lab opened ten minutes before, and there are already a dozen people in the waiting room. I sign in and take a seat. My inner germ-phobe is grateful I have sanitizing gel in my purse, because these chairs appear to have seen more bodily fluids that the set of Law of Order and CSI, combined.

The cast of characters includes, a very polished women, with the signature Texas Realtor (R) blond shoulder length bob, Buick-sized leather purse, black sunglasses the size of salad plates. She signs in, and trots to the farthest corner of the room, continuously typing one-handed on her Blackberry. She sits next to an elderly guy, with a beard in which could conceal a six-pack of Lone Star Beer, wearing a Duck Dynasty t-shirt. I love Texas.

Then, Hyper Woman (HyWo) enters. You have all spotted a HyWo in nature before. I would bet some serious cash that she needs this blood work to monitor her hypertension medicine levels, because they have an uphill battle. She is the size of an Amazon, extra-large smart phone in her extra-large hand. She signs in, and then STANDS at the window, tapping her ginormous pedicured foot, right next to my seat. I know I have scored a front row view of an inevitable confrontation. I make a mental note that I need to keep more snacks in my purse. I am too mesmerized to start video on my iPhone, unlike the natural instinct of any teenager would have done in this situation. YouTube gold was on the horizon.

The HyWo articulates and speaks v-e-r-y slowly to the Barely Above Minimum-Wage Phlebotomist  (BAMP). HyWo explains that she has to get to work, and she has an appointment at SEVEN THIRTY (note: she arrived after I did).

HyWo continues: “Your clock is WRONG, I was ON TIME. My phone is GLOBAL TIME.” HyWo now holds up her phone to BAMP’s face through the glass. I tense, and ensure I have a clear path to the exit.

BAMP stares blankly at her; she is clearly on better drugs than the rest of us.

BAMP comes out from behind the glass (unarmed, thankfully), and reads sign in sheet list of names – three have checked the box next to our name, in the column labeled “Appt?”.

BAMP explains, “How else would I know your appointment time?”

ME, feeling a little feisty: “Um, don’t you have a schedule of the appointments?”

BAMP: “I would have to start the computer. It is better if you just write it down like you are supposed to.”

After we three “Appointment People”  have completed this assignment, BAMP sighs in exasperation, “Two of you can’t be at 7:30! There is only ONE appointment per time slot.” Me and HyWo are the offenders, of course. “Now, I am going to have to start the computer and see who really has it.” The computer appears to be slightly newer than a Commodore 64.

It is now 8:05. HyWo asks BAMP if she is the only one here, and BAMP says yes, she doesn’t know why BAMP2 hasn’t arrived yet.

HyWo is corrected, and told her appointment wasn’t until 7:45 (“So much for your global time”, I think), and I am ushered to the back at 8:15 for my blood draw. Which is then further delayed by the arrival of BAMP2, who needs to be let in via the employee entrance after giving “the secret knock”. Security in the health field is serious business!

So I finally leave at 8:25 am, completely amused, as HyWo is huffing and puffing as she shuffles into a room with BAMP2. “I guess my meds are working”, I ponder, as I perform a sanitizer ritual worthy of a germ exorcism in the parking lot. Work was going to be boring after this Monday morning start.